I'm a seasoned and versatile writer with tech expertise. #12 at http://www.datasciencecentral.com/profiles/blogs/180-leading-data-science-big-data-and-analytics-bloggers

The first ever video game-themed hotel is coming very soon. Stay tuned for some fun times
With thousands of hotels for people to consider, it’s a challenge to make yours the special one that stands out. Everyone can offer the usual amenities, and some even offer luxuries. But how many can say that they will bring back your childhood? Now that’s something that will get people’s attention.
Enter the plans for the Atari Hotels. The company behind the game consoles that got kids attached to telev... 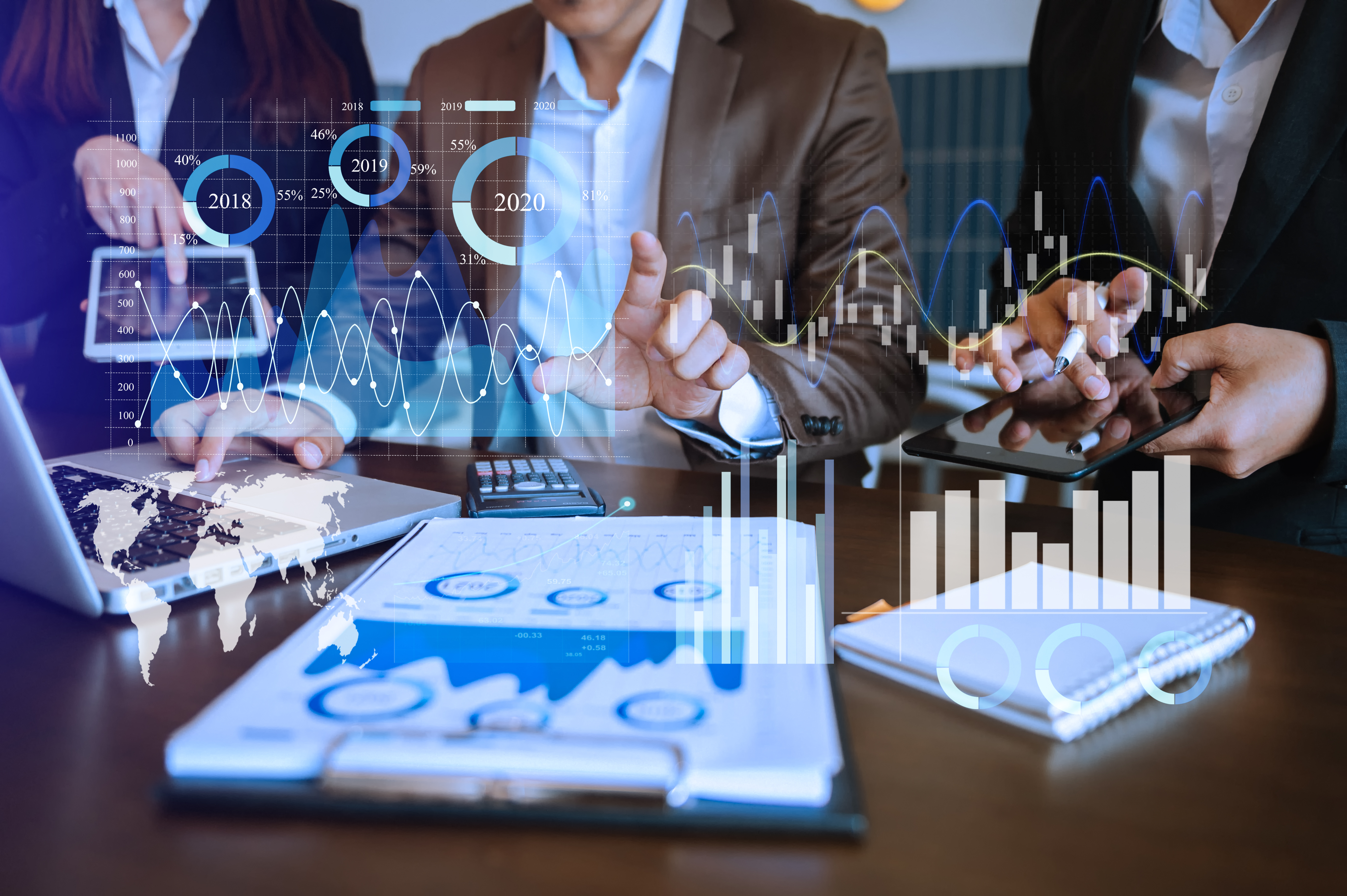 Why Flashpoint turned to Delegate

“The Delegate resource has been critical, allowing us to maintain our abilities and capabilities. That’s why they’ve been a trusted partner for over three years now."
Justin Rogers
One of Delegate’s long-term clients is the risk intelligence leader Flashpoint. Since August 2019, Delegate admins have been providing services that allow the RevOps teams to advance and the managers to gain promotions multiple times.
Justin Rogers, Flashpoint’s VP of Revenue Operations, recalls that in 2019 his co... 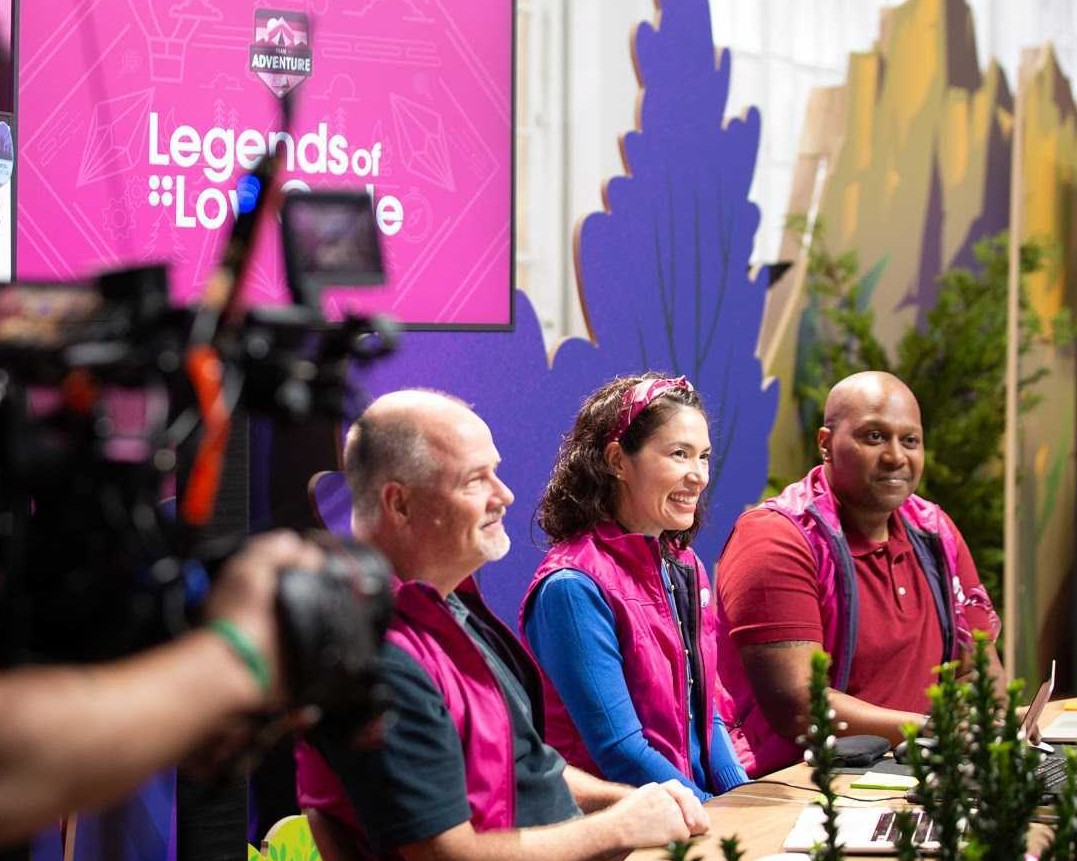 Sibusiso “Siso” Ntuli is a true Trailblazer with several firsts to his name. He’s a Salesforce star not just because of his proven technical ability but because of his accomplishments as a leader committed to helping others advance. That’s why he was invited as a speaker at Dreamforce 2022 where he was also named the first winner of the Salesforce Military Leader of the Year Award.
A passion for Salesforce, the military, and serving the community
Siso tirelessly advocates for the members of t... 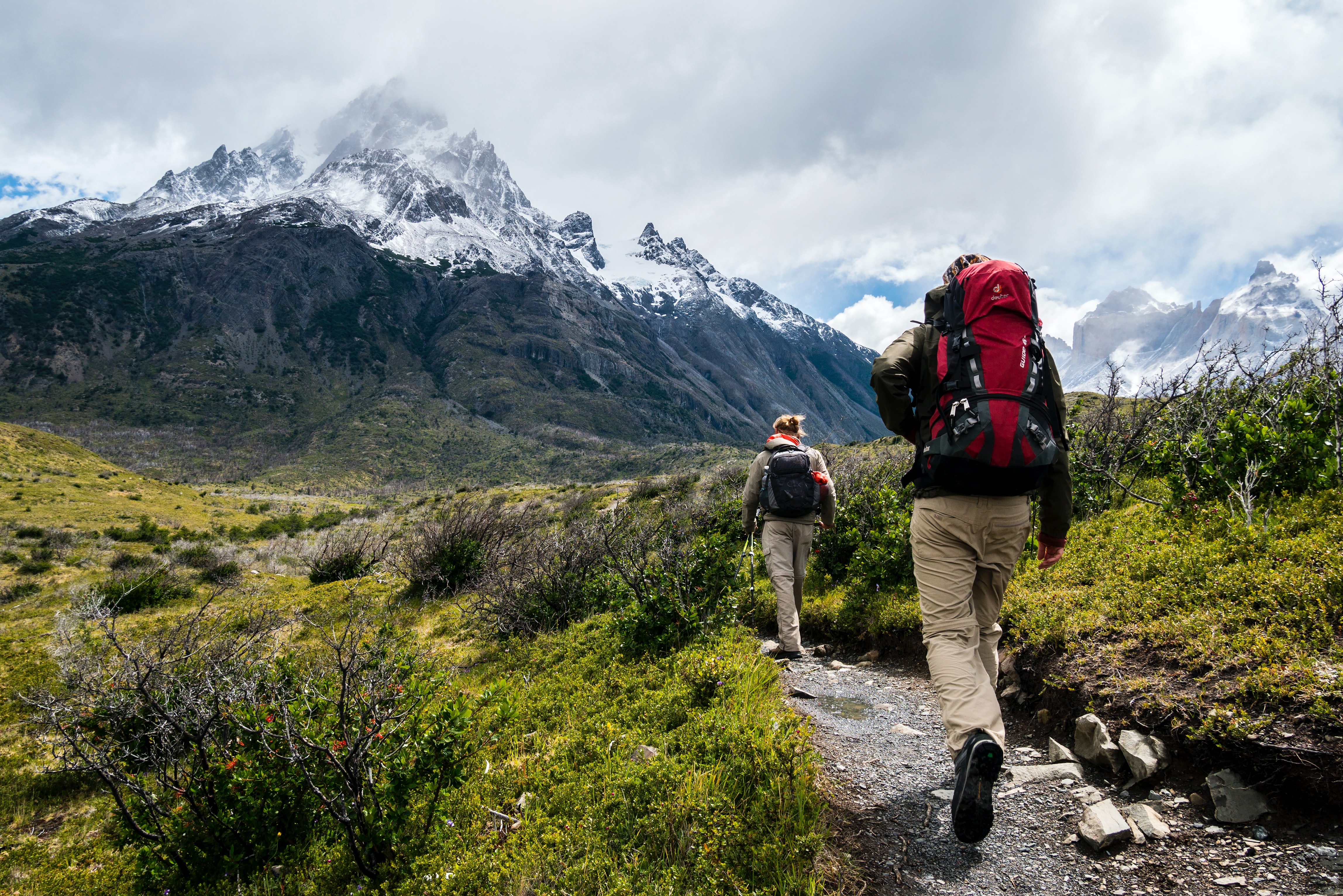 A spontaneously formed study group for the Salesforce administrators aspiring to earn CPQ certification reflects the collaborative spirit of Delegate’s team culture.
When Nate Hess set himself the goal of learning Salesforce Configure Price Quote (CPQ) Software to get certified, he thought that instead of just studying on his own, he’d work with a study buddy. It started with one study buddy, and then another said he was interested.
Then Nate got the inspired idea of reaching out to all the a...

Why Fractional Hiring Is Not Just for Startups

In the past few years, the rise of flexible and remote work models has contributed to an increase in fractional hiring. Startups have embraced the model as a way of containing costs without sacrificing expertise, particularly for executive roles.
But there’s no reason not to extend the benefits of fractional employment beyond C-level hires or startups positions. Fractional hiring can infuse value into businesses at any stage who apply it to secure the talent required to fill skills gaps.
Star... 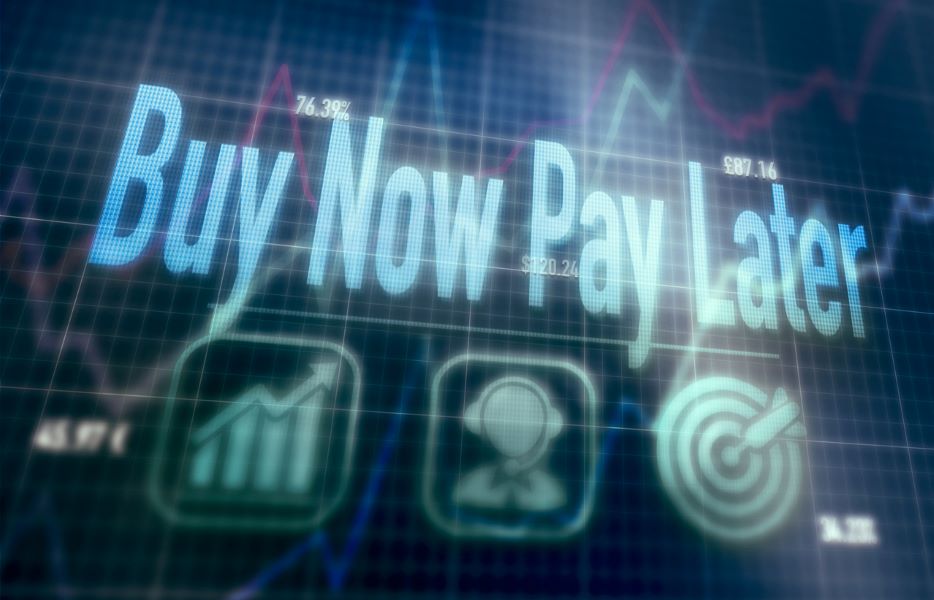 The Way We Buy Now: The ABCs of BNPL

The world of fintech isn't all crypto. Sometimes it's a seemingly simple way to pay for your groceries in installments. BNPL (buy now, pay later) tech is making microloans more widely accessible than ever before.
Digital technology and integrations between banks, fintech, and retailers are not just changing the how but when of payments. As a result, the way consumers pay for their purchases includes an increasingly popular option called buy now, pay later (BNPL).
Taking out a loan for a purch... 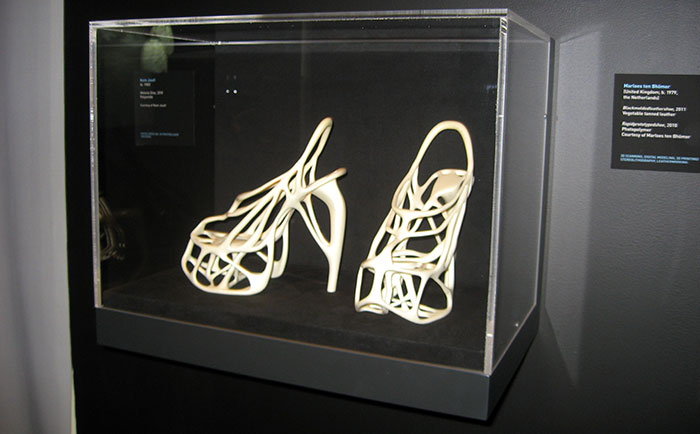 *Note: this article is cited in a journal article, https://journals.tulane.edu/TIP/article/view/2643
Living in New York is wonderful for a number of reasons, but high on my list is access to so many great museums. Not only do we have world-famous museums, like the Met and the MoMA, but we have small, specialized museums that offer unique exhibits focused on innovations in art and technology. The Museum of Art and Design’s Out of Hand: Materializing the Postdigital, on view through until July 6th, is definitely worth a visit for anyone interested in digital design and production. Sustainability: what’s AI got to do with it?

In a recent article, Ariella Brown from Tractable looked at how AI plays a key role in reducing waste and getting maximum value from ELVs.
Cars are recognised as one of the biggest challenges to achieving sustainability goals for the planet. While most technological solutions focus on reducing reliance on fossil fuels for cars on the road, cars that cease to be driven altogether are another challenge for sustainability.
The European Commission highlighted the ever-growing problem of end-of-li... 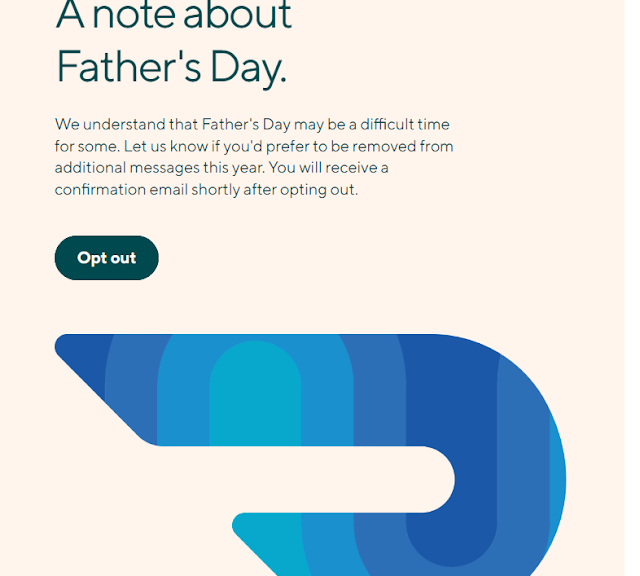 Why You Should Allow Customers to Pause Marketing Messages

Glad to see major brands are taking my advice to enable customers to opt out of themed promotions.
Now that I'm on DoorDash's email list, it wants to use any and all occasions to market to me, including the upcoming holiday of Father's Day. But someone at the company realized that such messaging may not be appropriate for all customers and that it would be a nice gesture to ask before pushing out promotions around that theme.
I especially appreciate it this year because I did lose my father j... Content has always played a role in B2B marketing strategy. However, it used to be devoted primarily to long form content. Now, taking a cue from what has been proven effective in the B2C space, more B2B businesses are adopting or planning to add on more short form content, including videos.
Walker Sands looked at the latest trends in its The Future of B2B Content 2019 report. And true to its own discovery about adapting video to marketing, it put out the one below. During our phone interview... 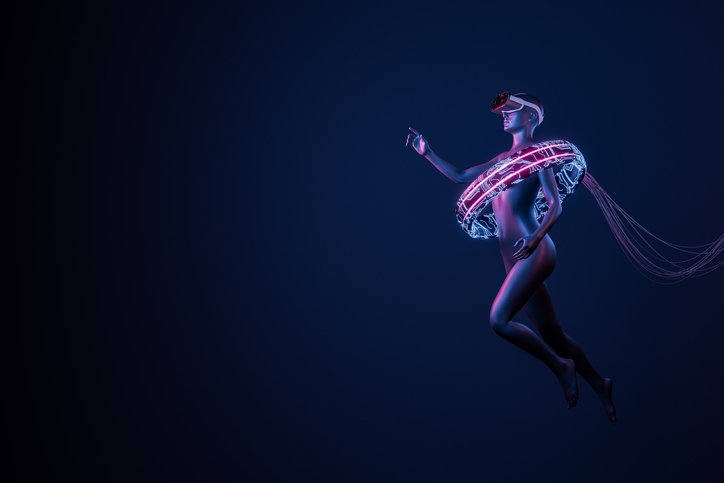 The metaverse could function as a meeting place and as a marketplace without boundaries; but for now it's more of a disjointed collection of brave new worlds.
“In it together.”
This phrase from the early days of the pandemic—when lockdowns and restrictions accelerated the individuals' and brands' adoption of the metaverse—really defines the core of the immersive experiences technology enables by technology. (Also read: Immersive Graphical Displays of Information: How Mixed Reality Technology ...

Women in AI: Reinforcing Sexism and Stereotypes with Tech

There is evidence of a persistent gender bias in AI. That could be one of the reasons why we see gendered stereotypes manifested in the female identities associated with AI assistants. 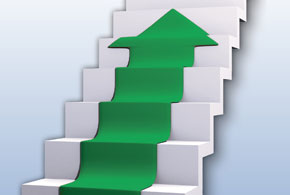 While many businesses are embracing digital platforms—and that trend is expected to grow substantially in the next couple of years—Accenture’s report on “Five Ways to Win With Digital Platforms” cautions organizations that most new digital platforms will fail if they neglect the five essential steps for digital success.
Success, Accenture states, is a matter of remembering the 5 Ps:
• Proposition: to focus less on products and more on solving customers’ changing needs.
• Personalization: to c... 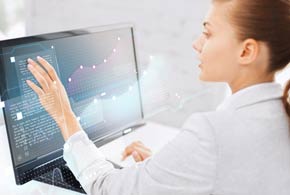 Preparing for Our Future: The Human Partnership with Machines

The Institute for the Future (IFTF) specializes in 10-year outlooks. For a recent study in partnership with Dell, it extended that to 13 years, taking the year 2030 as the target year.
In a phone interview with Baseline, IFTF Research Director Rachel Maguire explained that the purpose of the study is to understand what the future will bring so that people may prepare for it. She said it’s about looking at “plausible futures.” Given that “the future is experienced at different paces,” the idea... 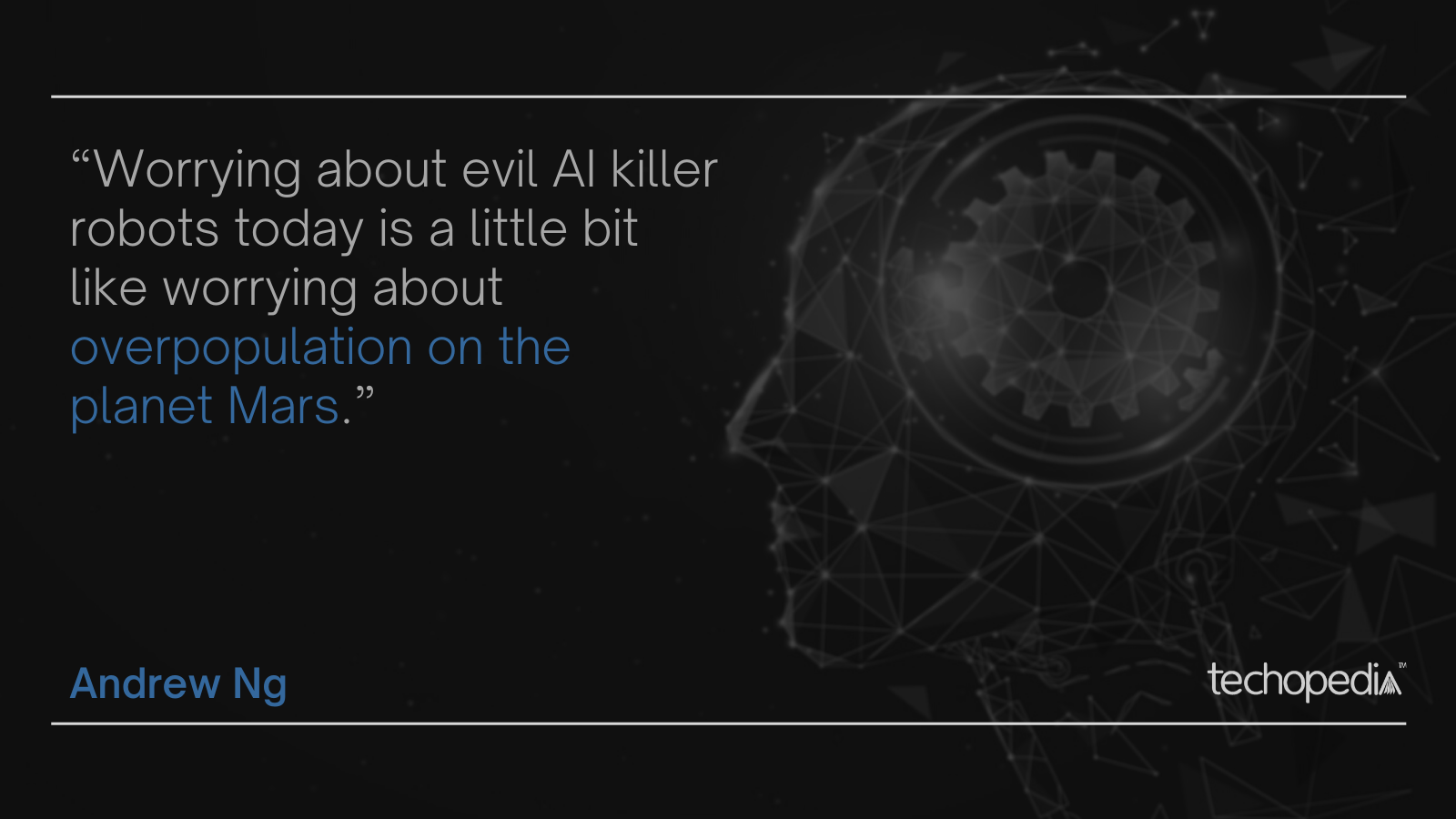 The advance of AI is inevitable, and what that translates into for humanity is not altogether clear. Some believe we can look forward to a great future, while others think it means we are on the path to being supplanted by our robotic overlords. The third perspective is one that is aware of risks but considers them to be manageable.

We hear a lot about artificial intelligence (AI) and its transformative potential. What that means for the future of humanity, however, is not altogether clear. N...